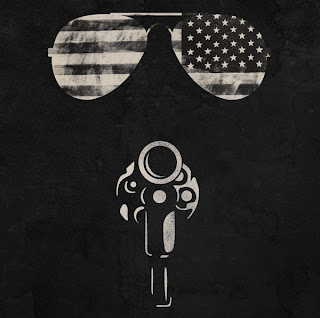 Andrew Dominik’s Killing Them Softly is based on George V. Higgins' novel about a professional enforcer Jackie Cogan (Brad Pitt) who is asked to investigate and find out who robbed a mob protected high stakes poker game. The two wannabe hustlers Frankie (Scoot McNairy) and Russell (Ben Mendelsohn) are now prime targets for the mob. Killing Them Softly is a grimy outlook of the mafia set in New Orleans. Throughout the film it seems as if Dominik masked the United States from the “American dream country” to a deeply pessimistic nation filled with hate and violence that is driven by the greed of money. With a tough and beaten look Dominik still brings a great dark humour to the screen with Scoot and Ben’s dialog and the unexpected heartfelt relationship between the two hired hitmen Pitt and Mickey (James Gandolfini).

After watching The Assassination of Jesse James by the Coward Robert Ford I just couldn’t wait to see Dominik and Pitt work together again in Killing Them Softly. Pitt really does steal the show with his stone cold killer performance. Pitt’s character is the typical outlook of hired gun with some sort of conscience that he prefers to be in the shadows of his killings "I like to kill them softly, at a distance,”. Never the less he is a hit-man and his “it’s nothing personal its only business” existence makes him a ruthless killer. The final scene is truly an Oscar nominee performance with a terrifyingly and thrilling final speech that makes you glad that you’re not in the same room as Jackie Cogan.

What really made an impact on me was the unexpected relationship between the two hired Hitmen. It obvious right away that the two have been friends for a great deal of time and have history. We only see the two of them together in two scenes; the bar and the hotel room. What I really admired is how Dominik in just two scenes we can almost compare the two being the same person despite the fact Mickey’s life is going down the drain with his marriage in shambles, the possibility of going to jail and becoming an alcoholic. It almost as if Dominik wanted to show us that Jackie Cogan’s is going to become Mickey in the future.
Posted by Unknown at 16:59