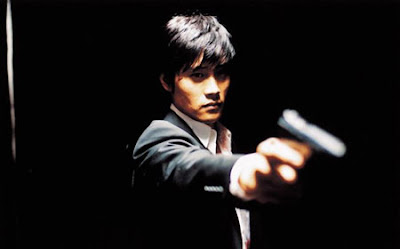 I first watched Kim Ji-woon’s “A Bittersweet Life” back in 2006. It was the first Korean film I ever watched and since then I have become somewhat of a fanatic of Korean cinema. A Bittersweet life is a classic gangster film with; crime, action and drama.  However Bittersweet Life stands out from your typical gangster genre. Bittersweet is one the most strikingly choreographed fighting scenes I have ever seen. Watching Bittersweet reminded me of the traditional Mexican standoff John Woo films like Face/Off. The visuals and cinematography is gorgeously jaw dropping. A Bittersweet Life is fantastic example of gangster noir film. A story of an enforcer with a conscience that has been betrayed by his own mob boss that leads to a rampage of revenge. 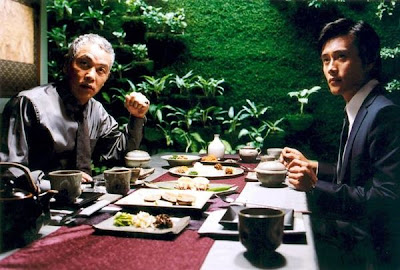 A Bittersweet Life tells the tale of a high ranking mob enforcer Kim Sun-woo (Lee Byung-hun) for a maliciously, cold crime boss Kang (Kim Yeong-cheol). Though being unquestionably loyal for years Sun-woo was given the task by his boss to follow his girlfriend and see if she is unfaithful to him and do what must be done if she is. While following her and stakeouts at her house Sun-Woo becomes to fall for his bosses mistress but learns that she is unfaithful and now has to decide to let her go or kill them both. Unable to kill them he spares their lives and forbids them never to see each other again. Kang learns the truth and decides to kill his long term enforcer.  A series of incredible violence of; hand to hand combat, guns blazing and finally leads to a final showdown. 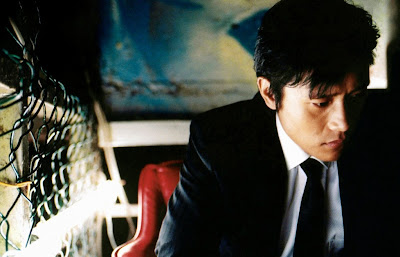 Sun-Woo’s character is seen in many different ways. First he’s portrayed as a skilful fighting killing machine with a constant hostile and untouchable attitude. When next to his boss Sun-Woo is totally loyal. The relationship between Kang and Sun-Woo is almost like a farther and son relationship being that Kang can lets his guard down with Sun-Woo; telling him about his feelings for his mistress and only intrusting him with looking after his her. Lastly we see Sun-Woo as the shy and quite type when next to Kang’s mistress. Never being able to say what’s on his mind. My only quarrel with Sun-Woo’s character was that Kim Ji-woon focused Sun-Woo on the revenge side of the story and never did follow up on the romance. Call me a sucker for romance but I wish Sun-Woo and the mistress had more romance. But never the less Lee Byung-hun did an amazing performance and really did capture Sun-Woo personality. 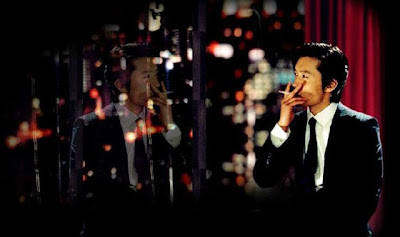 A Bittersweet Life is undoubtedly a film that will stay in my mind forever. The choreography is beautifully realistic. Visually the film reminds me of Paco Rabanne film noir style with a Quentin Tarantino violence. The plot is a mixture brutal vengeance that will make you look away and a tragic tale of forbidden love. Even seven years after its release the film still holds a 100% on rotten tomatoes and in 2009 Empire magazine named A Bittersweet Life  third in a poll of the "20 Greatest Gangster Movies You've Never Seen”.
Posted by Unknown at 18:11