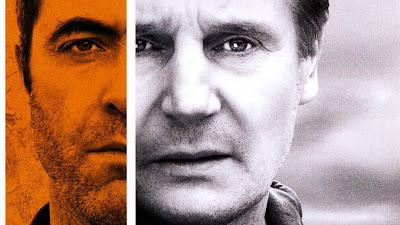 Set in 1975 during The Trouble years between the political divide of Ireland. Two men from either side Alistair (Liam Neeson) a member of the Ulster Volunteer Force seeks to revenge on the Catholics who they claim are republican militants. Hoping to get respect and rise among the Force Alistair is given the order to kill a young Catholic man Joe Griffin’s (James Nesbitt) older brother. With the 8 year old Joe witnessing his older brother being murdered right in front of him and his mother blames Joe for not doing anything. 33 years has passed and Alistair has served his time in prison. The both of them are to meet on a TV show hoping the two can a have reconciliation. However absolution simply isn't an option and Joe seeks to kill his brother’s murderer on TV. Directed by Oliver Hirschbiegel Five Minutes of Heaven is truly a grippingly thrilling story of two men; the victim of a loss of brother, family and innocence and the murderer who later on battle with his conscious and understanding the man he has become. 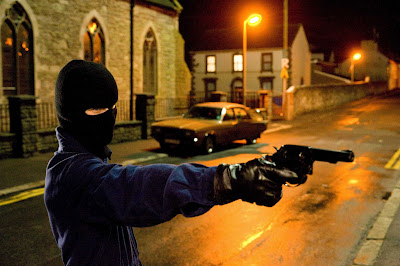 Five Minutes of Heaven has a brilliant plot of two stories; one being revenge and the constant torment of being responsible. The other not asking for forgiveness but rather an understanding of the man he has become and learning to accept what he has done. Minutes of Heaven is a perfect example of fantastic character development.  Through a series of voiceovers we truly are subjected to the inner mind of both these characters. Just like in Martin Scorsese Taxi Driver the use of voiceover we audience are first at hand to see the mind slowly slip into madness or depression. Both characters are seen in two different times; young and old. What we see or do in the past determines who we become in the future. Minutes of Heaven certainly does portray this in this film. 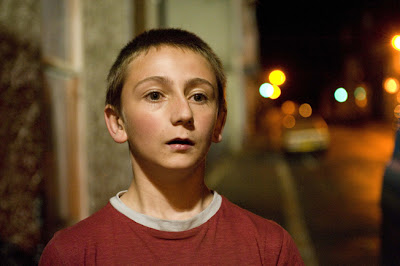 We first see Joe Griffin’s character as a man who is somewhat afraid to meet the murderer of his brother. After the death of his brother his mother blamed him for not doing anything to stop it. Even after the death of his mother 33 years from the night he sees his mother blaming him. Looking at the physiological damage his mother has done he somehow has to prove himself and his family. So he decides to kill Alistair. What I really enjoyed watching about Minutes of Heaven is the character arc of Joe. Joe’s character is seen as a frightened, physiological damaged man. However as he gets nearer to meeting Alistair we see him become more enraged and delusional that killing him would be his “Five Minutes of Heaven” and it would be good for him. 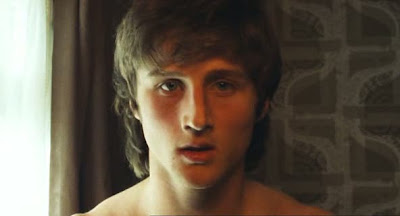 Alistair’s character is first seen as a young, ruthless killer. However after his time in prison he becomes somewhat of a preacher in prison but sees himself as a man who is cheating his way through life. Not being able to really understand the man he has become and not knowing where to go in life. What is fantastic about Alistair’s character is that he is a very likeable character after the killing, which is a great contradiction as a viewer because we shouldn’t like Alistair we should be on Joe’s side but Joe has decided to kill. In Alistair’s voiceovers we get a real understanding of his physiological damage. After killing Joe’s older brother Joe stared at Alistair and for 33 years that face has stayed with him. With the voiceovers we see how the image of a young Joe has made Alistair’s guilt heavier with each passing year. He has become just like his apartment; cold, empty and withdrawn. 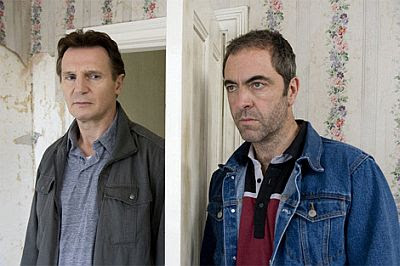 Looking at both Joe and Alistair they are very comparable characters. Even though they are very different people, they become each other in different times. Joe at first was a frightened man who becomes increasingly enraged and becomes murderous. Alistair was murderous who later becomes weak and guilt ridden, both unable to shake of the effects of the murder.  5 Minutes of Heaven is written remarkable beautiful and really is an excellent film to watch and to study both film and physiologically.
Posted by Unknown at 18:04