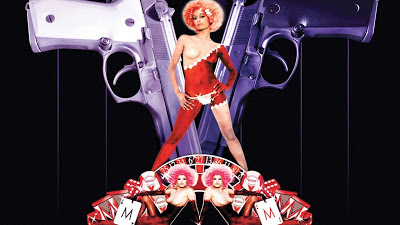 Guy Ritchie’s 2005 Revolver is the third crime film genre to focus on professional criminals but instead of focusing in the typically East End of London like his previous films; Lock, Stock and Two Smoking Barrels and Snatch. All three starring Jason Statham. With Revolver Ritchie takes us on different path of the crime film genre in a philosophical view focusing on the concept of a revenge seeking confidence trick but centring on the Human Ego. Revolver is pretty well known for being a love it or hate it film but in my personal opinion it’s a film for a very VERY narrow audience. Though the films genre is crime film after watching and re-watching and analysing it in several different views I honest feel Revolver is a fantastic interpretation of the two philosophers theory’s; Friedrich Nietzsche’s Superior man also known as The Superman and Sigmund Freud’s Ego and the Id. Using these philosophers and their ideas it is fantastic example of how Jason Statham (Jake Green) transforms Ray Liotta the anti-protagonist (Dorothy Macha) from a superior being to nothing. 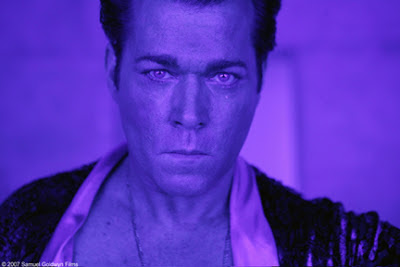 Friedrich Nietzsche believes when we are born we are genetically subjected to becoming superior; that the idea of wishing success for other people rather than your own is a lie, every person has the need of becoming the greatest and seeing others in pain gives us slight joy and seeing pity is a sign of weakness. That men and woman should have their own moral values and decide how to live their own life. The constant thrive of overcoming ourselves and that every person should become a "ubermensch” meaning a superior being or superman. That a God did once exists but now is dead and now we are the Gods. To become a God a man or woman has to discover the perfect form of themselves and they must fight to achieve this and only in this journey of inner perfection and self-righteousness that we can truly become the masters of the universe.


“My idea is that every specific body strives to become master over all space and to extend its force and to thrust back all that resists its extension. But it continually encounters similar efforts on the part of other bodies and ends by coming to an arrangement with those of them that are sufficiently related to it: thus they then conspire together for power. And the process goes on” Friedrich Nietzsche - The Will to Power 1910 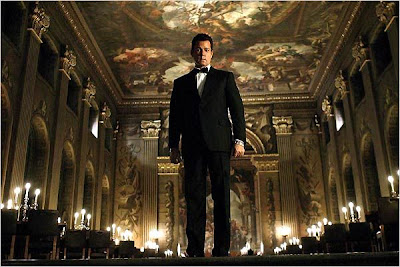 Sigmund Freud’s “Ego and the Id” tells us that subconsciously we tell ourselves to forget and this is our ego’s way of coping with past or present traumas. I’d like to think that subconsciously we see our ego as a protector. That our ego shows no bounds that to point blame is our ego’s way of protecting ourselves. Our ego cannot comprehend that there is something greater than our own values, which is why people will do whatever it takes to protect our own interest. So to protect our ego the ego itself will create an external enemy for us to blame and in doing this actually creating a real enemy. No matter what that thought in your mind says your ego will always have someone to blame.


“The poor ego has a still harder time of it; it has to serve three harsh masters, and it has to do its best to reconcile the claims and demands of all three...The three tyrants are the external world, the superego, and the id."
New Introductory Lectures on Psychoanalysis 1932 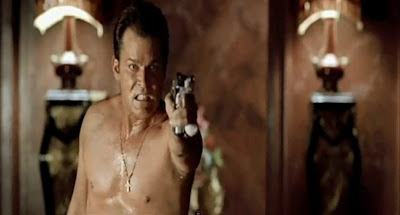 One of the most powerful scenes in Revolver is when Macha faces Green right after Green finally sees his on internal enemy known as the ego and finally kills his ego freeing him. But as the lift doors open we see a very distraught Macha pointing a gun at Green. However even though Macha has a gun and can kill Green at any moment his presentation of what he is wearing is that he is just simply naked. A symbol of being half naked or completely naked is vulnerability despite the fact holding a gun which is a fantastic juxtaposition of power. In the end Jack Green and the audience no longer fear Macha completely destroying his ego. From the transformation of a big time corrupt casino boss to a man crying and whimpering constantly “Fear Me” is one of the most beautifully constructed transformation to a villains defeat. 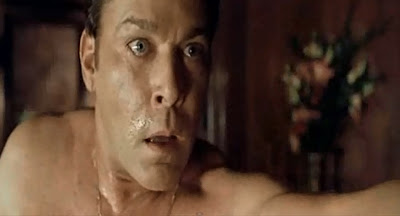