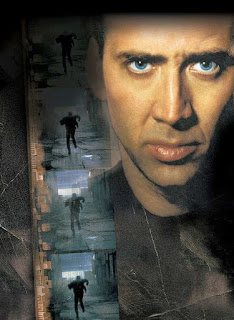 8mm is one of the most underrated and fascinating Joel Schumacher’s films, a journey of a Private investigator Tom Welles (Nicolas Cage) who not only delves into the world of snuff films but takes us into a voyage of human sexual obsession. The films core structure is a mystery thriller about a discovery of 8mm snuff film of a young girl being brutally beaten and killed in a recently deceased wealthy and powerful mogul safe. The widow wanting to know the truth of her deceased husband’s film is a fake or real she hires Welles. But as Welles digs deeper and deeper into the film Welles road now takes him into the underworld of illegal pornography.


What I enjoyed most about 8mm was visually seeing the character development and journey of Tom Welles. 8mm is a fantastic film to show Welles character arc. As the story slowly unfolds and as he explores deeper into the underworld of illegal pornography, we begin to see the human dark obsessions and fantasies that some of us so desires. With Welles character we see a transformation of a respectable family man journeying so deep into this film that he himself becomes part of it. 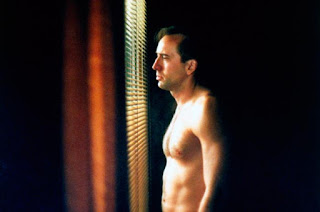