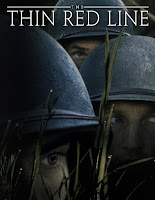 Nefes is one of the first films in Turkish cinema history to tackle the long on going war battle between the terrorist Kurdistan Worker’s Party, known simply as the PKK and the Turkish Armed Forces. This film however has sparked quite a stir discussion being that everyone sees the film in a different light.  Some see this film as pro-military, nationalist with hints of propaganda and others see this film as anti- militaristic. With all this discussion of what this film is and what it means everyone seems to have neglected art of the film. I personally believe that politics should just stay in politics. Yes this film does touch on very taboo subject and even more it’s still an on-going battle so the wounds haven’t even started to heal. We have to remember that cinema is an art form but even in the beginning of cinema politics has always squeezed its way into cinema. In 1915 a ground breaking film that helped pave the way of the medium of film was “The Birth of a Nation”. Yes this film is blatantly a racist silent movie but it helped lay down the foundations of cinema. Even in today’s films it is heavily influenced by the liner-structure, the use of soundtrack and cinematography but should we as film lovers forget about this film and burry it? No we shouldn’t! It’s sad to think that the first ever film was a racist one but times has changed and we now understand what racism is and we as people are more tolerant.

Before watching Nefes I read so many articles about people comparing Nefes to “Full Metal Jacket” however after watching it I saw no resemblance. Personally while watching and re-watching Nefes it just reminded of “The Thin Red Line”. The more I watched the more it seemed like the director Levent Semerci had an entire archive of Terrence Malik’s films. Levent uses the same cinematography of wide screen shots and nature shots like Terrence Malik in The Thin Red Line and other films that he’s done. Comparing both Nefes and The Thin Red Line  they are very similar being that both have widescreen images of nature, magnificent cinematography entwined with beautiful natural light and the deep emotional voiceovers of soldiers talking about their loves back home and a soundtrack so striking it gives you goose bumps. The dialogue used in Nefes gives a feeling of such sadness being that the soldiers are not actually professional full time soldiers but young men doing their national service.  There is a sense of deep connection between the audience and the characters as of every man in Turkey have to do their national service and they too have to go a fight. Just like Malik, Semerci uses a great deal of symbolism towards; death and isolation. The use of endless depressing landscape with the soldiers camping at the mountainous terrain and the camera staying still but the skies moving so fast giving a feeling of passing time. What looks to be blood but actually red paint drips on newspaper articles of soldiers dying on the front line. The endless scenes of stillness give us the feeling of waiting for military engagement but never coming which gives the sense of a meaninglessness of war. A realistic view of what war really is.

By comparing the two films both film makers have a clear understanding of deep responsiveness which create a profound connection of soldiers in the line of battle. Nefes is not a film about soldiers fending off an endless army, it’s about young men whose national service as come up and now have to enlist and fight. Nefes doesn’t focus on the fighting the enemy but centres on emotional and psychological struggling within. Living and coping with the day to day life of being in the Turkish Armed Forces. To say that this film promotes militarism and nationalism is only half right because that’s what the Turkish military is and Nefes shows you what it’s like and what it is to be a soldier in the armed forces. It’s sad to think that a beautifully craft film like this is subjected to such negativity because of the politics behind the film.
Posted by Unknown at 19:00