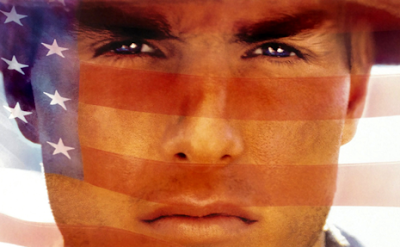 In each returning vet films they focus on the soldiers who individually suffer from post dramatic stress disorder, either being physically wounded or emotional traumatized. Each film focuses on soldiers returning and coping in society. But there are many differences between both films; being two totally different wars, one was won when the other was lost, the cultural change in the US, when the US government was being questioned and was acceptable to question authority and the public view differences between World War 2 and Vietnam. 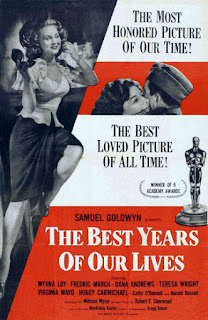 In Best Years Of Our Lives and Born On The Fourth Of July both film focus on returning vets with a physical or emotional trauma and focuses on getting back into society. The wars veteran’s wounds are both physical and emotional. He is seasoned by hard experience and wary of new experience. The war veteran’s fighting spirit, however, is not necessarily diminished, although his determination to survive might be compromised and society may receive him rudely upon his return. In Born On The Fourth Of July when Ron returns home he is seen as upbeat and proud for taking part in the Vietnam war when his family and neighbours are awkward and embarrassed on his return home. However his proud family is short lived when Ron’s brother doesn’t believe in the war and represents the growing society of questioning the government why they are in Vietnam. During Independence Day parade when Ron is encountered by protestors and is seen as a “Baby Killer”.

Best Years of Our Lives shares a similar view in the post dramatic stress disorder with the three protagonists. However the outcome of the War was very different. Each narrative element in each movie closely presents and discourses of veteran’s problem in both abled and disabled veterans who now has to readjust to their new state of body or mind. Each three returning veterans have to adjust to society with different elements to post dramatic stress disorder. Homer who lost both his hands has to adjust go to his disability and accept the love of the sweet heart next door, Al who creates a habit of drinking and struggles to sleep with having anger problem and Fred who suffers from a recurrent nightmare in war with his acquisitive wife and no decent job. 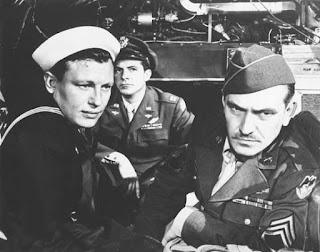 Although both films show their protagonist having post dramatic stress disorder the cultural and the view on the war in both films are very different. When Fred returns home his wife is always seen pushing him to wear his uniform showing him off to friends and the public. In Born on the Fourth of July wearing the uniform during the Vietnam conflict was seen very controversial. Unlike in World War 2 when the US was fighting the Nazi’s and the Empire Of Japan the US soldiers always found themselves rounding up villagers, farmers and people who were never a threat. There was never a clear enemy for the soldiers and found themselves fighting a guerrilla warfare. “On the one hand, the veteran’s heroism and sacrifices are celebrated and memorialized and debts of gratitude, both symbolic and material, are paid to him. On the other hand the veteran also inspires anxiety and fear and is seen as a threat to social order and political stability” (Gerber 1994:546) this quote by Gerber is a great example of separating both films through different hands; the first hand representing Best Years of our Lives and the other hand representing Born on the Fourth of July. 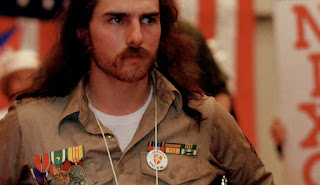