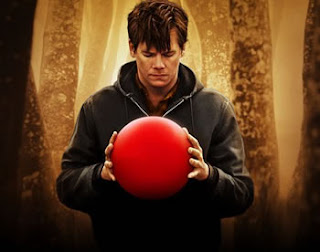 Kevin Bacon stars in what I would honestly say is one of the most powerful and yet daring films I’d ever seen. Playing the role as Walter, an ex-convict child molester who just finished serving a 12 year sentence and is returning to his own town. Trying to start over and working in a lumber/wood yard. Everyone he knows has turned their back on him apart from his brother in law Carlos (Benjamin Bratt). Trying to live a normal life Walter sparks a relationship with fellow co-worker Vickie (Kyra Sedgwick). Constantly on edge Walter has to also endure horrible visits from detective and parole officer Lucas (Mos Def) who is keep a close eye on Walter hoping he will slip up and throw him back in jail. With his past and the constant temptations of his day to day life, and a detective on his case Walter has to endure his dark obsession and try to live a normal life but his obsession slowly taking hold of him. Walter is conflicted with the question “Will I ever be normal?". The Woodsman is a brilliantly orchestrated and yet thrilling story of a Walter trying to go straight.  The film explores into a very touchy and dangerous territory but the execution of the film is both creepily beautiful and yet disturbing. 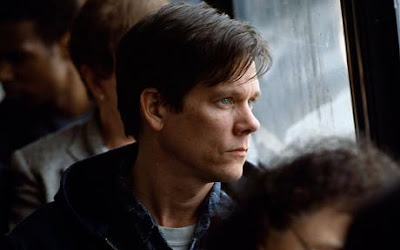 Kevin Bacon’s performance as a convicted paedophile trying to go straight was no easy task. But with his performance as Walter you can see both physically and psychologically we are introduced to this man contempt by his own guilt, now having to endure an emotional battle within. The scene when we see Walter gaze into nothing shows a great deal of emotional and psychological trauma that Bacon does such an incredible job showing.  Watching the Woodsman we can’t help but feel sorry for Walter but at the same time disgusted with him. This theme of “Will I ever be normal?” runs throughout the drama and we see our protagonist repentant for what he has done. However at the same time we see him delve back into his dark obsession playing with fire once again. Throughout the Woodsman there’s a constant feeling of self-contempt and torn for the crime he did but tries to comfort himself “I molested little girls. But I never hurt them,” 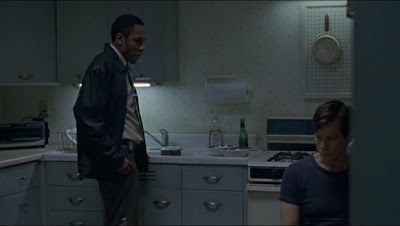 What’s so fascinating about watching The Woodsman is the relationship between Walter and the other characters in the film; His parole officer who itching to throw him back to prison, the love interest that discovers Walters past and the only family member that talks to him his brother in law.  One of the tensest scenes is when we are first introduced to detective Lucas. His hostile attitude and disgusted feelings to Walter makes his visits so gut wrenching to watch when Lucas tells Walter stories of previous crimes of mutilated child victims “Have you ever seen a seven year old, sodomized in half?” Having to watch Walter suffer almost what seems to be a psychological police brutality. It’s a captivating scene of which side we should be on?
Posted by Unknown at 11:38