The Creator of the Wise Guy 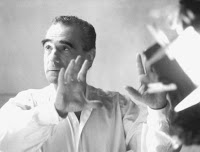 How Quentin Tarantino is notorious for his use of; dialog, gore and magnificent cinematography with films like; “Reservoir Dogs” or “Pulp Fiction”.  I find that his use of character depth is never quite what I want. Christopher Nolan is known for his ambiguous storylines and themes with “Memento” or the neo noir “The Following”. At times it can be indistinguishable but you can never tell its Nolan’s elegance or theme. Martin Scorsese has the same stylishness with dialog and theme most notably for his gangster films. Even in different centuries; “Gangs of New York”, “Casino” and “The Departed” with Scorsese’s; dialog, theme even cinematography you see his idiosyncrasy in his film “The Scorsese Theme”.
With “Gangs of New York”, “Casino” and “The Departed” how could Scorsese make these films identical? It’s the use of dialog with; the accent and the date of the film is set in Scorsese has his characters speak in the native tongue and swagger of the time frame of the film. “Goodfellas” and “Casino” Scorsese emphasises the use of Italian American language with Italian culture “Forget about it” and in “The Departed” and “Gangs of New York” Irish American with their heritage. Scorsese also makes his protagonist narrate as the film progresses.  Even today you see Scorsese’s influences in other gangster style films or TV programs like “The Sopranos” or “Boardwalk Empire”. With characters like “The wise guy” or having gangster themed names like “Fat Tony” 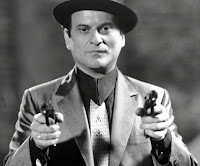 Scorsese’s continuously always has his characters explore the extreme mental sates of the human mind. With this Scorsese chooses what unstable mind set should his protagonist be and what kind of outcast should they be portrayed; ‘Taxi Driver’s’ Travis Bickle a psychotic Vietnam veteran insomniac, “Shutter Island’s” Teddy Daniels a world war 2 veteran who now a widowed police marshal detective or “The Aviator” Howard Hughes the multi-millionaire tycoon and an insane paranoid OCD film director. Scorsese even plays with other anti-protagonist mind set and gives them a mental gap. “Gangs of New York” Bill the Butcher and “The Departed” Frank Costello. Similar villains but in different films you can tell that Scorsese created these villains with acts of brutal murder. Scorsese also has his dark humour.  In Goodfellas and Casino Scorsese created Tommy DeVito and Nicky Santoro both portrayed by Joe Pesci. It was with these two characters that both Scorsese and Pesci created the “The tough guy, the wise guy”. Tommy DeVito known as a “Sick maniac” and Nicky Santoro “no matter how big a guy might be, Nicky will take them on” are characters both seen as the out of control racist tough guy that just shoots or beats up anyone. With Pesci, Scorsese created this ideal tough guy who might be short but you don’t cross the line. Like the pen stabbing scene in Casino “You beat Nicky with fist he comes back with a bat you beat him with a knife he comes back with a gun”. 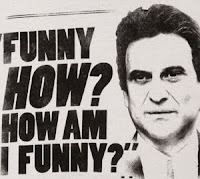 I feel that with Martin Scorsese he helps introduce and emphasize to the viewer what the true Italian American Mobster is. With slick back hair, long collars and a name like Jimmy big mouth or Big Tony Scorsese created a theme for the future Italian Mobster films. Though in 1972 Francis Ford Coppoia brought us The Godfather I feel that Francis aimed his Italian Mobster theme on family values and the family business. Some say The Godfather and Casino are the same but with two different directors. This statement to me is only half true and that Godfather’s aim is to show not the violence but the “Corleone Business” wanting to turn legit but can’t escape the violence “Just as when I’m out, they pull me back in.” and in Casino it shows two mobster families in the 70’s and 80’s in the glittery wonderland of Las Vegas but with a brutal wasteland just outside. With Scorsese you get more the humour and less up tight life of the Mobster, I couldn’t imagine the “Funny How?” scene in Goodfellas be shown in any of the Godfather trilogy. So that’s what makes Martin Scorsese personally such a great film director. He not only created for us the true Italian Mobster but he focuses every detail on character depth and dialog in all his films. He created a mise en scene and etherized on the Mobster genre. And personally I feel that David Chase the creator of The Sopranos mixed both Martin Scorsese’s works with Francis Ford Coppoia to have both family values and family business with the mise en scene that Scorsese created I’m sure that future directors if they create their own mobster hit  they would look for Martin Scorsese’s films.
Posted by Unknown at 06:31