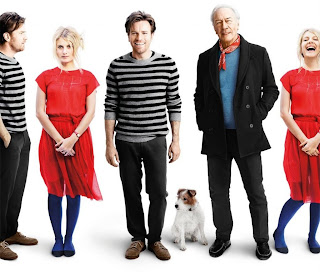 Mike Mills Beginners is a story about the consciousness memoires of Oliver (Ewan McGregor) and his journey of love with Anna (Mélanie Laurent). This new found love enters Oliver’s life only months after his father’s death Hal ((Christopher Plummer) who came out of the closet to his son right after his mother’s death. At the age of 75, Hal now lives a full gay lifestyle with his new much younger partner Andy (Goran Visnjic). Embracing a new life with new friends Hal and Oliver become much closer than ever before. Showing Oliver his joyous gay life, Oliver learns from his farther the joys of life and love. Inspired by his father’s attitude to life, Oliver now builds the courage to pursue his new found love endeavouring into a journey of beautiful humour and honesty. 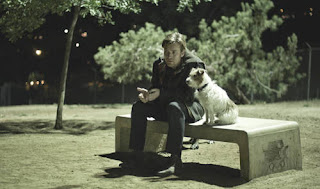 What I enjoyed most of Beginners is the pure, raw and human emotions that each character and including a Jack Russell Terrier? gives to the audience. At the start of Beginners we are introduced to a grief ridden Oliver who is reflecting on his farther. We see a very isolated man who only accompanies himself with his father’s dog Arthur who is also in some way grieving. The two of them are a perfect example of one and other; Arthur refuses to interact with other dogs and stays with Oliver and Oliver also unable to connect with anyone and his art work becomes increasingly depressing focusing his work on “The evolution of sadness”. Whenever Oliver remembers any moment the film interconnects with flashbacks of that moment. With these flashbacks Beginners takes us through two stages; the past and present. The past being moments with his father and the present with Anna. Each two connect in ways to help Oliver make the right choices with Anna avoiding another failed relationship that constantly seems to haunt Oliver. 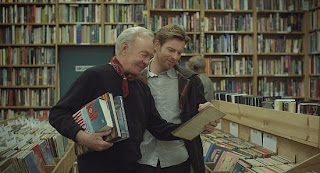 I'm not a sucker for a typical love film but the first encounter with Anna at a dress up party; personally I found it genuinely beautiful and perfect in every way that it can honestly be true and almost wish it would be. Dressed as Freud and accompanied by Arthur Oliver only connects with other party goers by setting up a mock therapy session and taking in patient like the Wicked Witch from Wizard of Oz. Anna checks herself in as a patient who cannot speak due to laryngitis and communicates by writing in her notepad. Writing in her notepad “Why did you come to a party when you are so sad?  Anna sees through Freud and finds an unhappy Oliver. The two begin to connect and even leave the party to a hotdog stand that leads to Anna’s Hotel room who still hasn't said a single word. 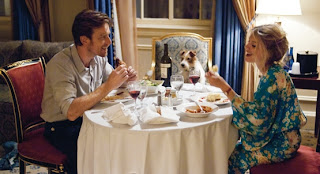 What I admired most in Beginners is the humble soundtrack that really does bring characters and the audience closer. Mike Mills Beginners is wonderful film that shows a journey of Oliver struggle with love but with his father’s new found happiness and inspiring him drives Oliver himself to make his new found love last.
Posted by Unknown at 14:17