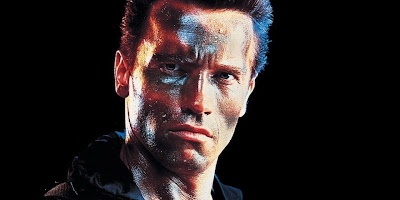 It’s been a long time since I’ve watched a good old fashioned action film, seems like these days action films lack the main ingredient to the genre. I just want to sit back and watch explosion after explosion, guts and arms flying all over the place, hear amazing catch phrases and quotes and see the action hero take on an army.  Growing up with actors like; the Rambo killing machine Sylvester Stallone, the cyborg T-800 terminator Arnold Schwarzenegger and universal solider Jean-Claude Van Damme you can imagine how insane I become when I watched The Expendables 2. To have all three amazing action heroes in one film can only lead to one thing TOTAL DESTRUCTION. There was so much adrenaline in the film I just wanted to rip my shirt off and start trashing the cinema. I wanted to get in a fight with the biggest and nastiest looking guy and start kicking away like Van Damme. Thank goodness though the credits came up, otherwise I would have had to deal with a hefty fine, banned from all UK cinemas and a broken face but don’t worry I used my face to break the big guy’s fist. 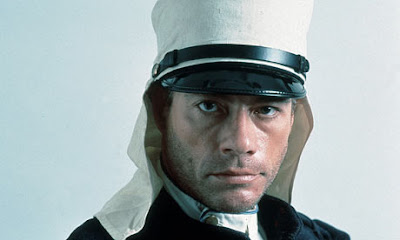 Expendable really does stay true to the genre; its jam packed with action, great plot, loads of testosterone, endless army of bad guys that shoots worst then a storm trooper from Star Wars and a fully loaded crash and burn mercenary group. Admittedly I’ve actually never seen Van Damme in the big screen. Though he is my all-time favourite I’ve always watched his movies on the TV or DVD and once upon a time VHS. Van Damme did an amazing job playing the villain named Vilain and seeing him doing his signature kick to Stallone face brought back the 1988 Bloodspot and 1989 Kickboxer. One can only wish Van Damme would kick me in the face. Just like the first Expendable the film starts off with a hostage situation the crew go in guns blazing but this time with makeshift convoys with battering rams and rocket launchers destroying everything and everyone in its path. With all the nonstop action Expendable had great cameo moments with the 72 year old “lone Wolf” Chuck Norris. The film even had a Chuck Norris fact. Watching Expendable it really does seem like a very high budget B movie with really old action heroes but that’s what makes it so great. Awesomely stupid catch phrases or quotes like Commando “Remember Sully when I promised to kill you last? I lied” really is icing on the cake for an action film and Expendable takes the catch phrase to a new level when our beloved action heroes says each other phrases! 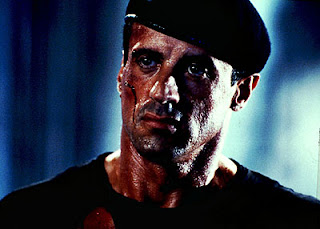 Watching Expendable 2 really did take me back to the old days when I watched Van Damme become a Legionnaire, seeing Stallone get cryogenically frozen in Demolition Man and never forgetting Schwarzenegger fly a Harrier jet and literally shoot an AIM-9 Sidewinder missile with the villain stuck to it in True Lies. People can argue that these films are so cheesy, plot less, actors that can barely act and dated. They will never understand the true feeling of Schwarzenegger holding a mini-gun mowing down an army. That’s what makes Expendable such an awesome film, just seeing my childhood action heroes hold massive weapons and just take down the enemy so easily like a turkey shoot. It really did bring back simpler times of childhood and watching explosions. To stay true to the genre I will leave you with a quote from my favourite Stallone film Judge Dredd “I NEVER BROKE THE LAW... I AM THE LAW!”
Posted by Unknown at 16:13